Are You A Leader? How Many Leaders Are You Growing Right Now?

Understand that this is a fundamental responsibility of your role. If you accept the privilege of being a leader, you are responsible for developing more leaders.

A few years ago, I was having lunch with a group of CEOs and in the middle of the conversation, one of the CEOs who was nearing retirement was lamenting that of their four direct reports, nobody was yet ready to step into the CEO role when he retired. This was a clear issue. Yet each of the CEO’s current direct reports had worked with him for at least four years. So there had been time. Every leader needs at least an heir and a spare. So, I wondered to myself ‘what had been going on.’

Unfortunately, I also blurted out that I thought it was a failure of leadership. This CEO said to me, in a shocked voice, “So you think this is my fault?” I responded, “Well, if not you, then who?”

This is the CEO of a large organisation who clearly knew that he was on a path to retirement and yet had not made the effort to ensure that there was a suitable candidate to step into the CEO leadership role. Who else had the responsibility for developing the leadership bench?

In their Global Leadership Forecast 2021, DDI found that only 11% of organisations have a strong or very strong leadership bench. And one of the key contributors to those that did was focused, strategic, consistent development of leaders. 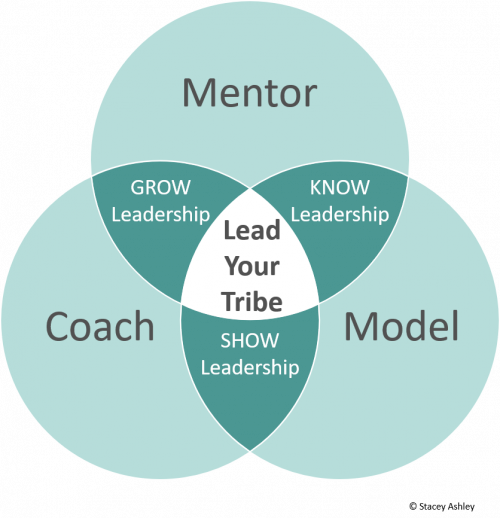 This means deliberately sharing your knowledge, wisdom, and experience so that your people’s own capability grows. Making them more equipped for the future.

The third thing is to coach. To help people to develop accountability, to make good choices, to figure a pathway forward, to take action and to really own it and follow through. And in so doing, help them to take advantage of the learning moments that happen during a coaching process or coaching moment so that they are more equipped for next time. This is all growing your leaders.

So how do you grow more leaders?

There is no single thing, it is the accumulation over time, the daily increments that contribute to the growing of leadership.

Here are a few simple opportunities you can use to proactively grow the people around you:

A few ideas to help develop your leaders’ capability, their confidence and their sense of what leadership is really all about.

What is one thing you can do to be focused on growing more leaders?