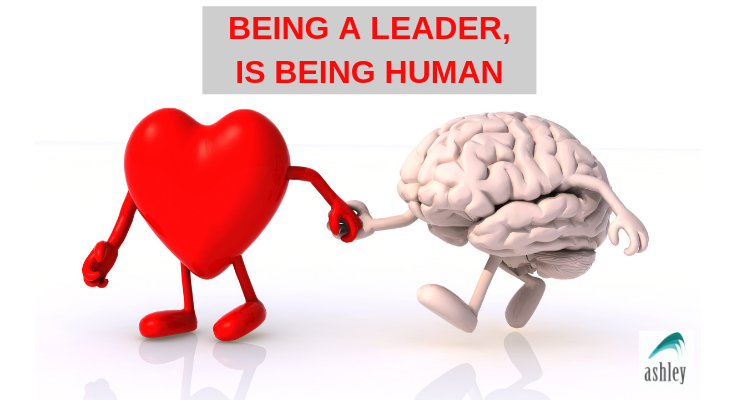 BEING A LEADER, IS BEING HUMAN

At its simplest and truest though, being a leader is being you. Being human. People respond to that. They connect with you and they trust you when you’re being the best version of you. That’s what inspires them.

And being human, means having and using your heart. It’s so important to lead from the heart. Where you have the interests of not only yourself but the community, your community, as the key factor or driving force of the decisions that you make, the strategy that you develop, and how you execute it. That’s what people believe in.

I remember years ago when I was leading quite a significant technology team, we were part of a larger technology group going through a really big restructure.  What that meant was there were going to be a large number of roles that would no longer exist at the end of the restructuring period. As a general manager in that business, I had to take a leading role in determining which roles were going to disappear and who it was that was no longer going to have a job going forward.

For anyone that’s been in that position, it’s really hard. They’re tough days.

My dad used to say,

“Those are the days you get paid for as a leader, not the easy days.”

I remember that I did everything I possibly could to be transparent, as far as I could, in terms of revealing what was happening in the restructure process and letting people know when I couldn’t tell them anything else. And also committing to them that, I would let them know as soon as I was able to.

My team knew that this restructure process is what I was focused on. And I knew that the point would come when I would have to reveal who it was that was no longer going to have a job. I had two days to individually speak to each person who would no longer have a role. Explain to them what had happened, and describe for them the rest of the process that would support them as they exited the company and transitioned, hopefully, into a new role.

Those two days where I had to speak to each person who no longer had a role, were two of my toughest days at work … ever. On the first day I had 19 conversations. For anyone who’s had to do that one by one, you know that’s hard.

At the end of the first day a fairly junior member of my team came up to me. It was about six o’clock at night, and I was just preparing myself to start on the essential work for my ‘day job’. He knocked on the door to my office and he asked me if I was okay. Which is pretty remarkable because I’m the one who has been telling people that they don’t have a job anymore. He asked me if I was okay, and whether I’d like a cup of tea. Pretty nice.

Now why did that happen?

I’m supposed to be the bad guy. I’m the one who’s letting people go, telling them they don’t have a job anymore. I think it was because I was being human. I always tried to be human as a leader. To let people know what was going on, to build relationships, to create trust. I think that that was just reflected back.

My people could see the toll it was taking on me to go through this process and have to have these incredibly difficult conversations with people. Their response was human. They wanted to look after me too, because they knew that I was doing my best to look after them, regardless of whether they were staying in the company or someone who was leaving.

For me, when we talk about being an authentic leader, or even just being a leader, there are some things that I think are incredibly important. One is when we lead, we lead from the heart. Yes, we need the head to come up with great solutions and make decisions, but we lead from the heart. What’s in the best interests of us all?

I think showing your emotion when things are having an impact is okay. You don’t have to have a stoic mask all the time. Be human. Let people know that this is hard for you. Not that you can’t do it, because you will, but that it’s not necessarily straight forward and easy. You can struggle. That’s okay. That’s being human.

You can be human and lead.

You’ll be a better leader for being human.

Love to know your thoughts.