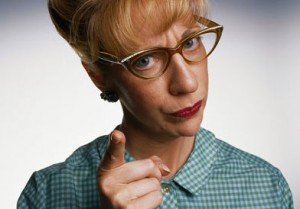 Don’t Tell Me What To Do

A few weeks ago I was putting my young son to bed. It was proving to be challenging. He really didn’t want to go to bed and it didn’t matter what I told him, he was adamant he was not going to bed. I had to come up with a different strategy!

I hear all the time from my clients that Gen Y doesn’t like being told what to do, but in my experience nobody really likes being told what to do. As a leader, as a coach, part of your role is to create the opportunity for the people that you have conversations with to make great choices for themselves. To create the opportunity for them to have really good outcomes.

Quite frankly, I don’t like being told what to, so I can really understand why it’s important to feel like you have a choice. Ryan and Deci’s theory of self-determination shows the relationship between how motivated someone is to undertake a particular task or activity based on the level of choice that they’ve had in that process. If you want to get people to create positive outcomes, then they need to feel and be involved in that choice. You need to create opportunities for them to make great choices for themselves.

How do you do that? Three key things:

Doing those three things puts the choice, the decision, right into someone’s hands. Most people will choose great things for themselves when they actually feel that they have a choice.

It’s a bit like toddlers always saying no, because that’s the only feeling of power that they have: the choice to say no. We actually want to change that around a little bit and create more positive choices for people. That’s part of your role as a leader, creating the opportunity for your people to make great choices.

If you want your people to make great choices, then you’ve got to create the opportunity, their opportunity for change. If they don’t make a different choice, there’s not going to be a different outcome. You want great things for your people? Ask them great questions, and then listen.