When I was a middle manager working for a large telecommunications company, I remember attending the Kick-off presentation for a major organisational change program that would ‘elevate’ the end-to-end customer experience. The Managing Director, appearing a little uncomfortable, gave a rousing invitation to everyone to become involved in this change.

A few months later, and my team asked me what was happening with this change. I couldn’t answer them, because I didn’t know.

How many times have you seen a change program kicked off with a big fanfare, a launch, a roadshow, with the CEO as the star sharing the BIG vision?….and then over time communication has waned away to almost nothing. Leaving employees wondering what is happening? Whether the change is important. How they should or shouldn’t be involved.

Or perhaps, there were different messages coming at different times during the program of change that confused people, and left them unsure about what was happening, why it was happening and how it would impact them.

The Statistics for successful, effective change are still frighteningly low. Roughly 70% of changes fail. Fail to deliver on time, fail to meet budget or fail to realise the benefits the business case was based on.

‘We had too much communication during our change process’, said no one ever.

People need to receive the messages about a change up to 7 times before they really absorb them. So a single roadshow or announcement simply isn’t enough. Consistent, regular messaging is key to engaging people in a change program. Organisations don’t change, people do. And to make a change they need to be engaged.

Research from PROSCI, a world leader in organisational change, shows people impacted by a change need to hear the key messages from the Executive Sponsor, often the CEO, as well as from their immediate manager.

So if we know how important this is, and we do, why doesn’t it happen?

Too often, after that initial burst of messaging about the change, the executive sponsor disappears from view. As George Bernard Shaw so famously said ‘The single biggest problem with communication is the illusion that it has taken place.’

If you want to optimise the chance of your change program being successful, you need to make sure your Executive Sponsor continues to be visible. If they’re going to be leading the communication charge through the duration of the program, then they need to know what the story is.

It’s like working with the lead actor. You need to share the script and provide stage direction so they can give their best performance. If you want them to engage and entertain the audience, then they need to know their role and their lines.

To set the Executive sponsor up to engage your people in the change, you have to give them their lines.

So how do you do it?

Make it easy for them.

Create a vision and story for your CEO using the 4Ps framework, that they can apply and use consistently throughout the change. 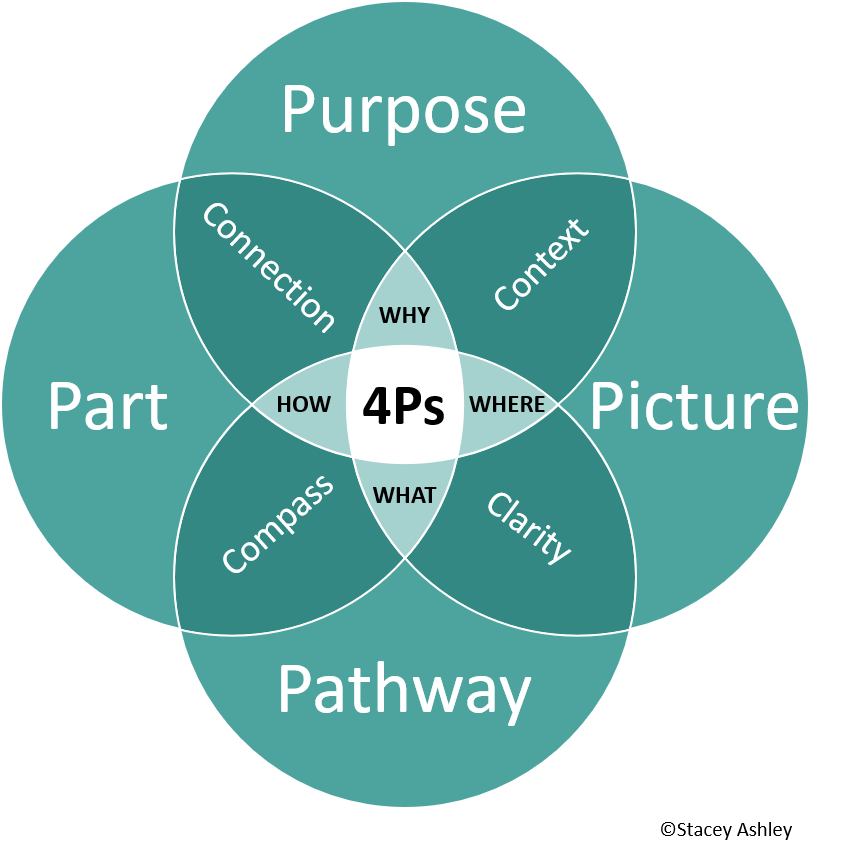 If you’d like to work with me on creating the time, and the space to lead, then join the 1000leaders initiative™.

More about the 1000leaders initiative™

Stacey Ashley works with Leaders building high performing teams, Leaders who coach and Professional coaches to develop their coaching skills, and create the confidence and courage to make a difference in their own way. She is a champion of workplace coaching culture and a regular speaker on happiness at work, complete leadership and mBraining. e | info@ashleyconsulting.com.au p | 02 8006 1733
© 2020 Ashley Coaching & Consulting
CONTACT US