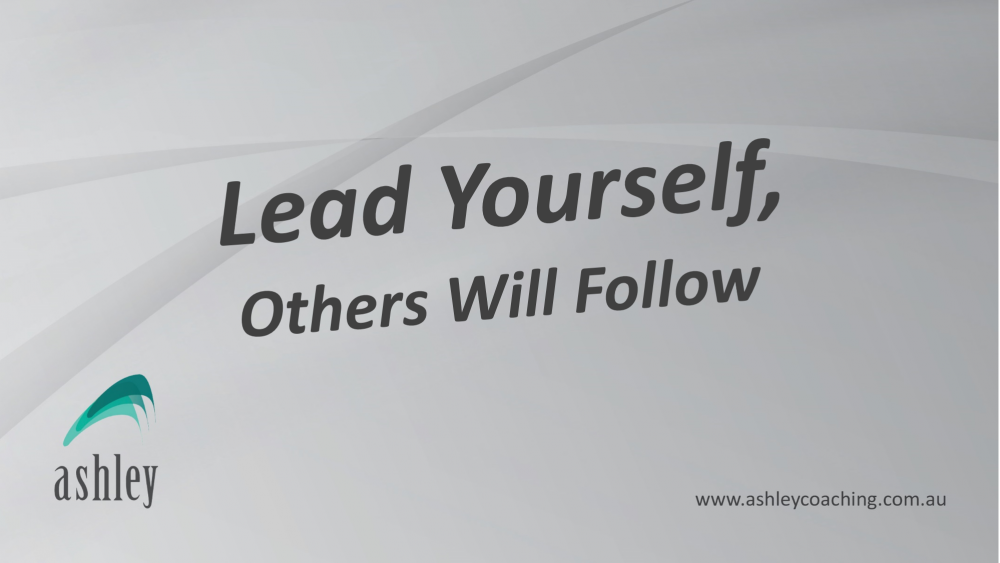 Have you ever noticed that when you suggest a change that’s going to take perhaps a little bit of effort, there are a lot of naysayers? People who say ‘it’s too hard’ or ‘I’ve tried it before and it didn’t work’, or ‘let’s just do it the same old way’?

I know that I have, and it can be very frustrating when you’re trying to make a difference for yourself, or for your team, or the organisation that you work with. Most of us do want to contribute to the greater good in some way. What I find though, is that whether it’s the tall poppy syndrome or whether it’s fear getting in people’s way, there can be reluctance to just support people who really want to make things better.

I know at the beginning of the year when I made a very clear decision that I was going to put my health and my fitness as a priority, that I had a lot of people suggesting to me that, ‘Why would I bother?’, ‘At our age it’s not expected that we’re fit and healthy’, ‘It’s not expected that we look our best’, and that just didn’t sit well with me.

In fact, I remember one occasion I was down at the oval and I was training. My kids were with me and we were having a great time. It was back in January, and a lady who was walking her dog came up to me and she said, “Ugh, New Year’s Resolution, hey? Yeah, that won’t last.” I was so surprised that a complete stranger would make a judgement like that in such a way that there was no encouragement. There was no recognition of effort.

I don’t really know what drives that. It could be lots of reasons. Maybe it’s a fear that other people are doing things that they secretly think they should be doing but they’re not. Maybe it’s a fear of the effort that’s required to make a positive change. Maybe it’s fear of success. All I know is that I made that decision and that choice and I put the effort in and I’ve reaped the rewards.

Nowadays, what I’m finding is rather than people saying ‘Oh why would you bother?, Why would you make that effort?, Why would you give up all the good things in life, like Camembert and white bread?, Why would you do that now?’, I’m going to a business meeting and instead of us talking about the subject of the meeting people are saying, ‘Oh my gosh, look at the muscles in your arms. How did you do that? How long did it take? How often do you work out?’

They’re asking me for advice and input. They’ve gone from one extreme of, ‘Oh, why would you do that?’. To the other extreme of asking’ how, and how can they do it too’.

My message is make a good choice for yourself. Be a role model. Put the effort in. Reap the rewards. Gather a support team. Those few special people who will support you and encourage you, like I had with my family, and see the difference that you can make.

Yes, you’ll make that great change for yourself whether it’s at work or at home, and you’re leading and you’re role modelling. And then we move into the second dimension of leadership, being able to lead others. Them seeking out your guidance and advice because they’ve seen you. The evidence is there, and they want to know how they too can achieve that kind of result, that kind of change. And they’ve recognised that putting the effort in actually does yield a better outcome.

I think sometimes perhaps people don’t believe what they can do, maybe they don’t think they do have a choice.

You can be the embodiment of what making a great choice is. Whether it’s about a different way to manage a project, whether it’s about challenging the system, whether it’s about asking people to step up into the cultural values or the way we do things around here. You can make a difference simply through you living and choosing those things that do require more effort but also result in better outcomes.

Lead yourself. Reap the rewards. Accept the acknowledgement of others, and people seeking you out and wanting you to lead them too.

Of course, then we have that third dimension where you can really begin to lead the situation. Create a community that wants to be part of what you’re doing and then use that community to create momentum and to create the change and make better choices for whatever it is that you’re focused on. Whether it’s your organisation, whether it’s your sports club, just simply the street that you live in, you can actually make a difference and it all begins with making a great choice for yourself and not letting the naysayers get in your way.