This week I was contacted by one of my current clients, the head of HR, and she told me about a potential coaching opportunity. They have a very senior manager who they want to get ready for promotion into the executive team.

This person has a great track record of delivering. He really embodies the values of the organisation and has been a reliable long-term employee.

There is just one small issue that needs to be dealt with. That issue is that he does not delegate.

This is what they would like me to focus on with him.

Now I hear this kind of story quite a lot. Maybe not to quite the same extremes, but delegation seems to be an obstacle for some leaders.

Often, it’s not about the simple tasks required to delegate a piece of work. That part is pretty straightforward.

I think it is bigger than that.

I believe we have to be asking the right questions to get to the bottom of this kind of situation.

In this case, my first question was, ‘what is stopping him from delegating?’

When I asked this, there was silence on the end of the phone. There wasn’t an answer.

Nobody, not his boss, not the HR advisor, not the head of People and Culture knows what is getting in the way of him delegating to his team. This question has never been posed to him.

Why won’t someone delegate?

There are many reasons why somebody does not delegate effectively.

It might be because holding onto the work creates a sense of control. It could be because if they delegate the tasks that they have, then they don’t know what else they need to be doing in their leadership role, and they might feel like they don’t have purpose or value.

For many people, it is their expertise that has supported their career progression. And so part of their identity is tied up with that expertise. So if they are no longer the expert and they begin to delegate, then that might be a challenge to their identity.

There are lots of reasons why a leader may not be delegating.

Are you a leader who doesn’t effectively delegate or doesn’t sufficiently delegate? 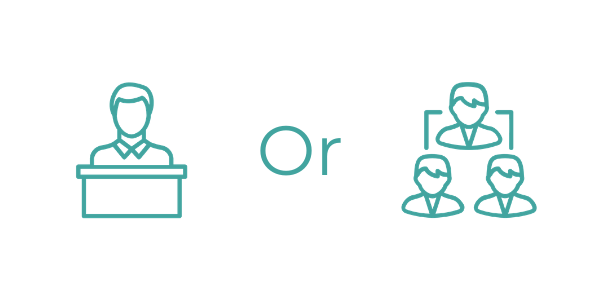 Then it’s only a matter of time until you become the bottleneck for your team and its ability to deliver. Believe me, I know. I’ve been there too. And it was not pretty. It was hard and exhausting and constant.

A leader who isn’t delegating is like the conductor of an orchestra who won’t let anyone play their own instruments. If you’re the conductor of an orchestra and you’re trying to play everybody’s instrument for them, it’s not going to create beautiful music. You are not an expert in every instrument and you certainly can’t play them all at the same time, as well as conducting the whole symphony. You become the obstacle to achieving what could be a great outcome.

And it’s exactly the same for leaders.

If you aren’t delegating effectively, you limit the capacity of the team. You limit the knowledge of the team. You limit your own growth. You’re too busy doing all the work to actually learn and grow new skills, which means then you’re not offering new growth and skills to your team. You’re holding everybody back from their potential and limiting what the team can achieve together.

There are a lot of knock-on effects. It’s not a great place to be operating, to be a leader who isn’t delegating.

If this is you, here is the question you need to ask yourself right now:

‘What do you need in order to be able to delegate this activity?’

What do you need? And there are many possible answers.

Once you have the answer to the question, ‘what do you need in order to be able to delegate?,’ then you can coach yourself through getting what you need.

This creates a way forward to improving your position on delegation.

So take the plunge. What is one thing you can, and choose to, delegate this week?