What You Need to Know to Elevate Team Results Quickly

When I was working for a global telecommunications organisation, I was part of the Pacific CEO’s ready team, to assess new acquisition opportunities. At one point we had a significant opportunity to acquire one of the top Telcos in Australia. I was sent in as part of the due diligence team, in particular to assess the billing and customer service systems and processes. That was my area of domain expertise.

This took me away from my regular leadership role and I delegated, to my leadership team and my 2IC, because I was going to be away for a considerable number of days and, potentially, weeks.

On the first day of the formal due diligence process, we were in the foyer of the designated building in the city. We were escorted, after security checks, upstairs through another set of security doors and into what was effectively a big glass box in the middle of a floor. In that glass box were floor to ceiling compactus filing units, which contained all of the documents that we would be allowed to review as part of the due diligence process.

All of this is pretty normal. We were not allowed to remove documents from the room or the building. We also had to leave all of our personal effects outside of the glass room. We were only allowed to take in blank note pads and one pen. No phones, laptops etc.

All of this was usual because we were getting access to incredibly confidential information, and at that point we were still a competitor organisation, to assess whether we were going to acquire this company.

This next part was not quite business as usual though….. Standing inside the doorway of our glass box, watching us as we were working at the bare desks, was a security guard who had a gun. And he kept his hand on the gun at all times, even though it was holstered.

This was hugely disconcerting.

I know I was not the only one of our team who was very challenged to stay focused.

When you have someone basically staring you down with their hand on their gun, ready to take action if you so much as lift a piece of paper towards the doorway, it makes it really hard to concentrate.

While I was exceptionally good at my job and while I knew exactly what I needed to do, I wasn’t making a lot of progress on day one because I was really distracted by that security guard.

About lunchtime on the first day of this process, I said to the due diligence team leader that this situation was really disconcerting me. And he said, “Yeah, I agree, but I’m not sure there’s much we can do.”

So we soldiered on and spent the rest of the day really trying to focus but with this big shadow looming over us.

That night, my regular boss gave me a call to see how the first day of due diligence went. I gave him a little bit of the backstory and what was happening. At the end of our call he wished me luck for the rest of the week.

The next morning we walked in to exactly the same scenario. We were signed in. We were checked. We went through the first security point. Then we went through a second security point and we were escorted into our glass box and the security guard was present with his hand on his gun.

About 20 minutes after we sat down and started work, somebody else came into the room and whispered in the security guard’s ear and then he left the room. And we did not see him again for the rest of the day.

He was still there, yet out of our sight. He was at the exit from that secure floor in which the glass box stood.

He was still performing his duty but out of our sight. And it was a massive relief because we could actually focus on what we were there to do and not be distracted by this presence of someone just waiting for us to do the wrong thing, when we had absolutely no intention of doing the wrong thing in the first place.

While the security guard was not getting in our way, he was interfering with our ability to do the job that we were there to do.

What I discovered later is that my regular boss had made enough calls to change the situation and remove the interference. Of course, that allowed us to really get on with what we were there to do and to perform at a much higher level. 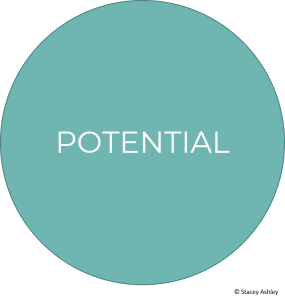 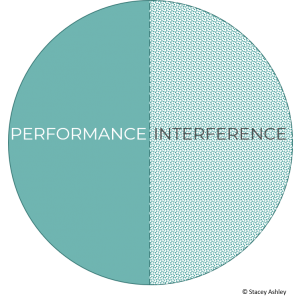 the greater the interference, the lower the performance. 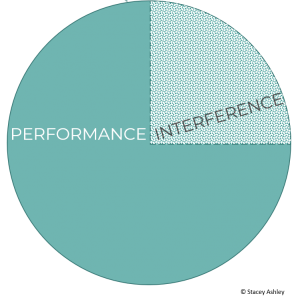 And the lower the interference, the greater the performance opportunity.

One of the key things that a leader can do to optimise their team’s performance is to work on the interference. To remove or mitigate the interference, whatever that may be. Blockers, obstacles, resources, tools, lack of focus, unclear priorities and so on.

Consider the things that are getting in your team’s way:

👉 What is the interference?
👉 Where is it coming from?
👉 What  can you do about it?
👉 How can you make it easier for your team to get on with doing what they do best, and to perform at a higher level?

A few simple changes might make all the difference.