I was 23 years old when I landed my first professional leadership role. I was the new Company Accountant, reporting to the CFO in a multinational manufacturing company, with my first team of eight people. A Bookkeeper, Accounts Payable and Receivables Clerks, Inventory Manager, Imports and Exports Clerk and Office Manager. I was pretty excited.

It was a fantastic opportunity. A leadership role. And I was reporting to someone who was a very experienced leader. I expected to learn a lot about leadership.

The second day in my new role was my birthday. My new boss, Barbara, asked me if I could start early that day as we had a lot to do. Sure, I said. And I was at work at 7am. I hustled all day, doing her bidding. I finished work at 9:30pm that night after doing tasks…no thinking…all day.

No birthday dinner for me!

It didn’t take me long to realise that Barbara viewed leadership as a cut throat competition and any competitors, in this case me, were a threat. The rules were simple. To win the competition you kept hold of all of your information, you didn’t share it with anyone.

So my leader kept me firmly in my place. She did not teach me anything about how she did her job, about anything that would help me to learn and grow and become a better, more equipped, leader.

I realised, of course, that what she was doing wasn’t leading at all. She was directing, and she was dictating.

That is not how you grow leaders.

I believe it was based on the experience that she had. She didn’t get mentored by her leader. She had to claw her way to the top. And that’s how she thought it had to happen for everyone. There was no sharing of knowledge. There was no collaboration. There was no supporting. There was no mentoring, guiding, challenging, encouraging, leveraging strengths. None of that. It was all about ‘you make it on your own, or you don’t make it’, as a leader.

Even worse, it’s a cycle that perpetuates.

I remember my Dad telling me that the primary thing a leader must do is make time for their people. 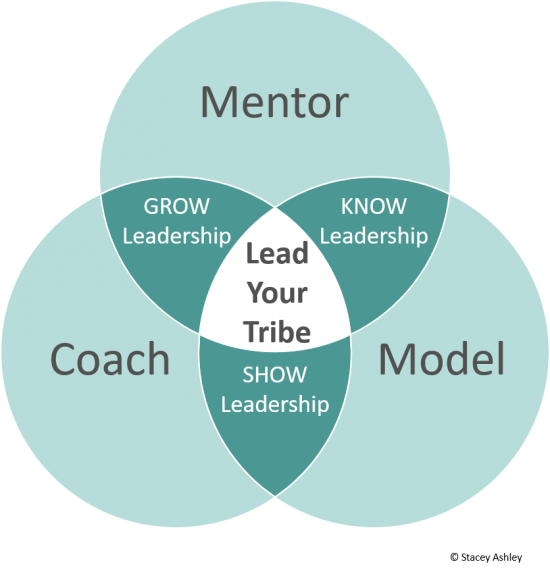 If you want leadership to thrive and you want the people around you to become even better leaders, then you need to proactively mentor, model and coach every day. Know Leadership, Show Leadership and Grow leadership.

3. The third reason why leaders are not creating more leaders is that they haven’t been given the skills. The additional learning, the extra tools in their tool kit, to be able to mentor, model and coach. If you’re not equipped with the skills, how can you effectively be developing and creating more leaders?

Research by WorkHuman showed that 93% of the leaders who thought they were using a coaching approach, weren’t. And HBR cites a study of almost 4000 executives where 24% rated themselves as above average coaches, whereas their colleagues rated them in the bottom third.

There has to be a better way. Where it’s easier to become a leader. Where we grow our leaders. Where we make the world a better place because we invest in our future, and the future of other leaders so that they then, in turn, can do exactly the same thing.

If you are a leader this is your responsibility.

So tell me, what will you do?

Love to know your thoughts.