Leading Possibility Sounds Great. But How? Life Is Possibility. You Need To Lead It.

When I was 21, my parents threw me a big birthday party. And I remember being so pleased that my grandfather Topper, my mum’s dad, was asked to do the official speech.

I looked up to him and admired him. And even today, I can remember that moment so clearly, because I was so proud that he was the one who was making this speech for me. As I got older, I realised how much more there was to admire about him.

He was a farmer and a pillar of his community. Someone who was asked to give many speeches, be the MC at community events, someone who helped support community activities, who always gave a helping hand when it was needed. As you might know, farming communities are very close.

And later when he retired, he seemed to have a wonderful life. He had his veggie garden and a cottage by the sea that he shared with my grandma, literally walking across the road to the beach, going fishing whenever the weather was fine. Some of my fondest memories from my childhood are spending Christmas at this cottage.

At this point in his life, of course he was a bit older and a little slower, but that didn’t actually slow him down. He and my grandmother had summer all year round. They would stay in their cottage in the summer months where they would fish and spend time at the beach and play lawn bowls. They were very big in the local bowls community.

And in the winter they would travel north, taking their caravan with them, either travelling with friends or meeting friends along the way. And they would spend months on this journey up the Western Australian coast and then returning home for another summer down south.

When I was younger, I remember my Topper reading the newspaper every day and being a great sports fan. And of course, at all the community parties, the gatherings which they hosted at their cottage, he would always make a great speech. He was incredibly eloquent, articulate and told a good story.

As a younger man, he was a great sportsperson, excelling at tennis and AFL. He was a great horseman, and in fact was in the Australian Light Horse during the Second World War. He was fun and always had a joke and a little twinkle in his eye. People simply gravitated to him.

As kids, we used to laugh and joke because Topper had very bowed legs. And what I mean by that is you could see daylight between them, like someone who has ridden a horse all their life. And there was a reason for that. As a boy, living in country Western Australia, when he was about 11 years old, he injured his leg very badly while saving another child from drowning.

In fact, it wasn’t discovered that his leg was so badly broken until sometime later and he continued to deteriorate rather than recover. This was a long time ago, back in the 1920s. His family did not have a lot of money and could not afford to get him the care he needed. They were making a living off the land as recent immigrants to Australia from England.

When it became clear that his leg was not going to get better, his mother wrote to the Wesley Church Ladies begging for their help for the youngest of her 10 children. They raised enough funds to send him on the train to the Perth Hospital, where he spent the next year in hospital recovering and away from his family. And that was the end of his schooling. He never returned.

So, at the age of 11, he had a very bad injury and had finished his education. And yet he still went on to do what I believe are remarkable things, particularly given that he was never without pain again in his life.

As a child, I remember he was always up very early in the morning. I thought it was because he wanted to go fishing, but actually it was because he just couldn’t lie in his bed any longer in the pain. Over the years, his legs bowed because his stronger leg was compensating for the other and taking more of his weight. And so he ended up with bowed legs from this injury that had happened so long ago.

He had the most extensive vocabulary that I have ever observed and yet he left school at the age of 11. He didn’t let it stop him though. He loved words. He could recite poetry by heart. Huge swathes of verse.

When I spoke to my Mum about writing this article she shared that in later life he also wrote poetry. I didn’t know that.

Was he perfect? No, he wasn’t perfect, but he was pretty darn good. He went on and lived a life, contributing, leading and just being a great bloke. And for me, he is a great example of living in possibility, of living in can rather than can’t, of looking for what is possible, of choosing to make the most of a situation, of not having excuses or blaming the situation. He embodied Leading Possibility. He lived in possibility. 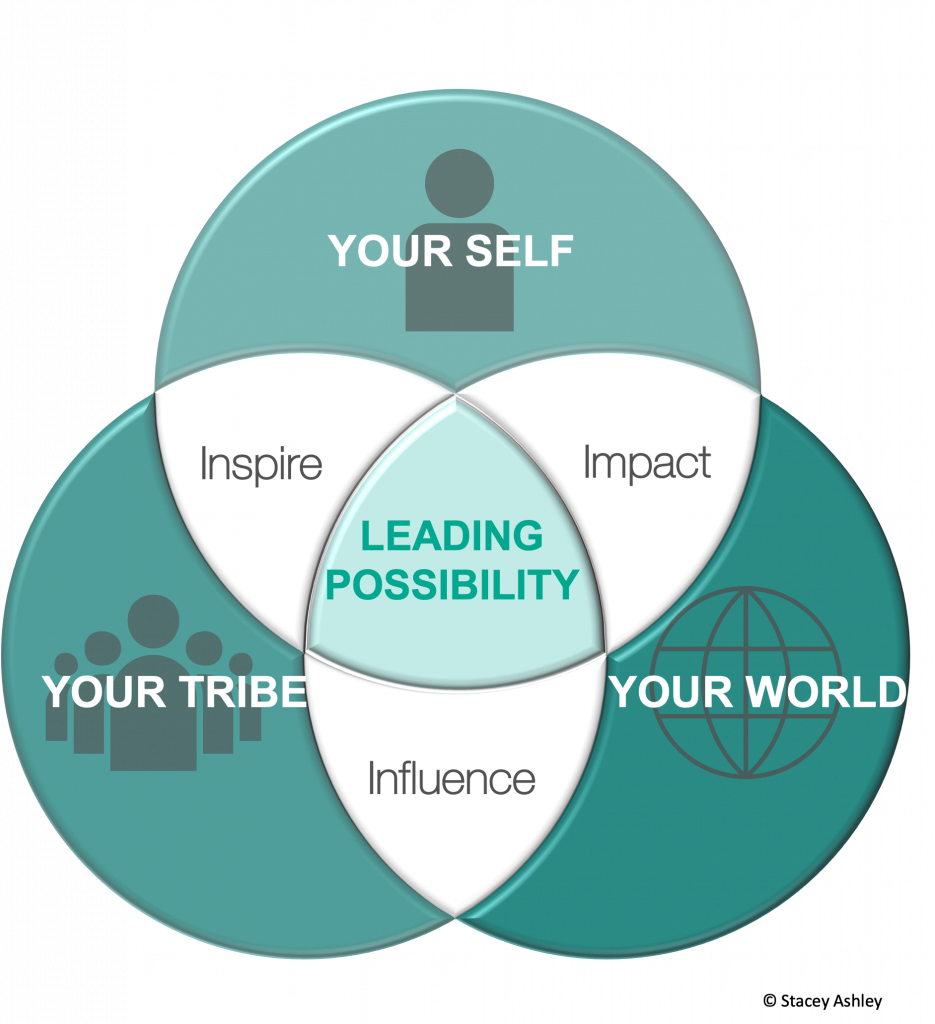 How do you live and lead in possibility?