When I first began my practice about 15 years ago, one of my first clients was working on a major change programme. The objective was to develop an end to end customer experience. And I was the Program Director. Such a worthy objective and I was extremely excited by the opportunity.

This organisation was the result of two competitor organisations merging about 12 months earlier. The program of work was about putting the finishing touches to that merge process, to create a consistent and unified experience for all customers.

By morning tea time on the first day, I realised this program was never going to deliver.

I was witnessing things like people sending emails to a colleague sitting adjacent to them, who happened to be from the ‘other’ company, rather than speaking to them. People not sharing information with each other. People clearly turning their backs on colleagues who might want to speak with them. It was quite horrible.

So I approached my key stakeholder, feeling incredibly nervous, and shared my initial impressions that if we were to launch into this programme of work, we didn’t have a high chance of success. That to have any chance of success some significant foundation work was needed first. And that it had to be initiated, role modelled, and led by the executive leaders. The same leaders who so far, clearly, had not been leading a culture change. Who seemed to be accepting the behaviour.

The fact that these leaders were seemingly accepting what was happening in their organisation and still expected to deliver a major transformation was not leadership.

Leaders know that the way to change things for the better is to challenge what is not working. If you simply accept the way it is, nothing will change. It’s like ignoring the elephant in the room. If you do not address it, you can’t move it out of the room.

All change begins with honesty about where you are right now.

And whenever they walk past something in the world they operate in, their ecosystem, then that’s tantamount to acceptance. And if that thing they walk past, whatever it is, doesn’t help us, support us, move us forward, create opportunity in our world, then you’re not doing your job as a leader. 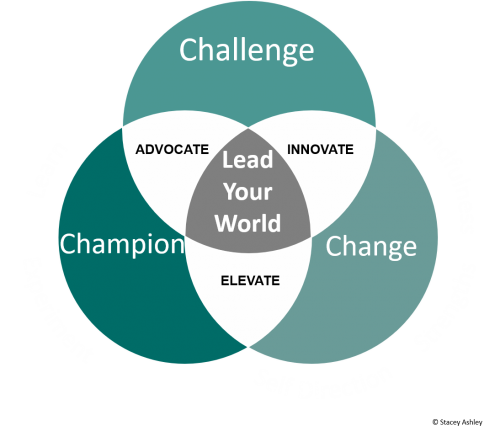 What I’ve been noticing at the moment is that it can be easy for leaders to say, ‘it’s out of our control, there’s nothing we can do.’ I disagree.

So back to my story. After I gained agreement from my stakeholder about the current situation and that we should not launch the programme with the current conditions, I suggested a way forward. A way to build a common foundation that would set us: the client; the executive; the community of the organisation; the customers, up for success going forward.

My 3 simple coaching questions:
As you can imagine, there was a lot of information that was revealed. Importantly though, it created the basis, when I shared that information back to the Executive team, for a real conversation to begin. It opened up the possibility for them to consider ideas, options, and choices so they could lead a change for the better.

Coaching is a great way of creating opportunity for exploration, for sharing ideas, for developing understanding, and through that, for initiating conversations that will be constructive, based in positive intent, to find a way forward.

So what are some first steps to being able to challenge using a coaching approach?

From there you can begin to look for options, opportunities, choices that will move you towards a better version of Your World, for you, your team, your organisation, your customers, and stakeholders.

Leaders do not walk past.